A few months ago I filmed an episode of “Moore Engaging” at the Harvard Business School.  Preparing for that interview got me thinking…about how Sunday school classes are typically run. Strange connection I know, but bear with me.

How would it work if we ran Sunday school classes like Harvard’s case method?  I am dead serious.  People would prepare beforehand and the teacher would expertly guide the conversation. In the video below you will see how much more preparation the teacher does in comparison to the student. The Harvard business faculty are zealously committed to their own preparation so they can guide well.

I know.  This is too intense for Sunday school.  Perhaps, but look how Paul says those of us going for the imperishable wreath ought to train.  Much more than those who prepare like crazy for the perishable one (I Cor. 9:24-27)!

Take a look at this video and see if you think I am crazy for making the suggestion.  It could bring new life to the old Sunday school! An illuminating few minutes distinguishing between destructive and constructive uses of power.

When visiting someone for the first time, I used to inquire (in larger homes) where the library was located.  After several perplexed looks, I stopped asking.  It is depressing how few continue to read.

Here are some of the most beautiful personal libraries.  You and I may not have the money to create one like these, but surely we can find some small space to rightly honor the book!

I was wondering about this recently:

If Job’s counselors were arguably more spiritually mature than the majority of Christians today, what does that mean about the advice we regularly receive? 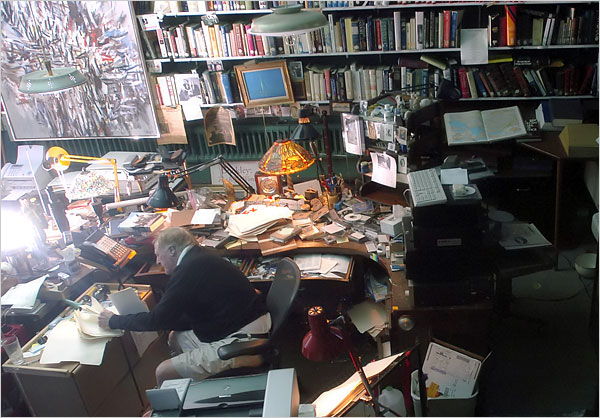 I have been in this very study, and once I figure out more of the technology it and other pictures will be posted.

In the summer of 2000 it was my great fortune to interview Bill (yes, he asked me to call him that) Buckley for a special that later aired around the country on PBS.  A very unusual set of circumstances precipitated this unlikely opportunity.

Buckley’s generosity and “capacity for friendship” was legendary.  He loved to help out people like yours truly.  I and a dear friend drank coffee with him, had two wonderful meals at his home (one by myself) and he took me and two of my friends to lunch at a great restaurant in New York City.  And he did gave so much more.  In fact, I am writing about it.

You may see the entire interview which Bill said was the most candid he’s ever been about his Christian faith by heading here:

It is often missed, but should be underscored: Paul needed the prayers of others (II Cor. 1:8-11).  He was “despairing even of life.”  At another low moment, he greatly benefited from the encouragement of Titus (II Cor. 7:6).

I have often shared the following to Christians who are so deeply troubled they can’t even muster the motivation to pray:  Don’t worry.  Simply ask others to pray for you.  Give us the privilege of holding you up.  You may need to return the favor someday!

Now that I am a little over two months into blogging it is a good time to thank you for taking the time to stop by, look around, and for some of you, leaving your own imprint by way of a comment.

I am grateful to God, to you dear reader, and to the friends who lovingly hounded me to start a blog.  Chief among that group is Danny Smith. Thanks Danny! I have posed the following concern to several pastors and New Testament scholars: If you serve as a pastor, it is taken for granted by the apostle Paul that you are also an elder.  Ironically, most “Bible” churches have only one or perhaps a few of their pastors on the elder board.  I have asked why this is and the common refrain is that people are worried about all the pastors forming some kind of voting bloc.  What kind of message does this send about the trustworthiness of the pastors?  Not much, I’m afraid.

Further, I have looked at many evangelical church web sites and the vast majority only list the “staff.”  It is common to find the elders not even mentioned!   Prominently featured are the pastors, but where are the elders?   Some list the elders, but give no background while there is lots of ink spilled on the “senior pastor.” 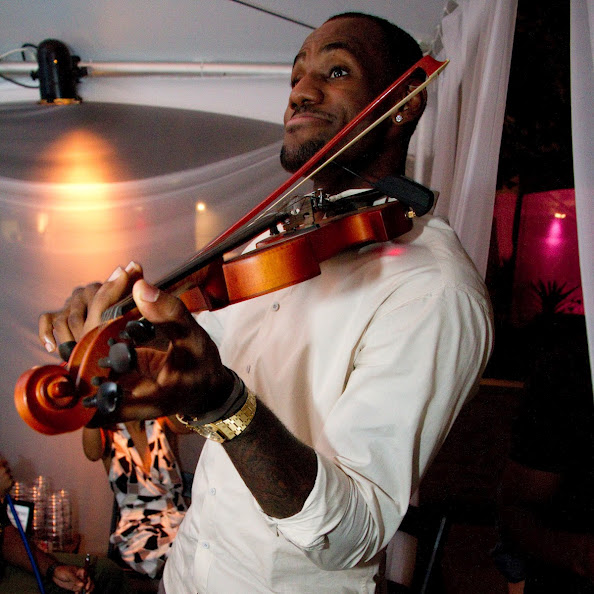 As I mentioned earlier, I want the Heat to repeat.  I have no idea what is going to happen tonight, but I have a sneaking suspicion strange things will occur.  Maybe not as strange as Birdman hitting a clutch three, but nevertheless strange.

Lots of winsome, insightful, and always prophetic statements about injustice in this terrific interview.  Berry tries harder than most of us to be a steward of the physical world, but his honesty in falling short is refreshing. Al Gore could learn a lesson from Berry’s humility and candor!

Have you tried to look at wind and solar energy?

Wind out here in this river valley is not much of an option. But we have thought of installing solar panels. And I say when I get time I’ll get around to that. But I’m leading an incredibly busy life. There are two or three candidates for every minute I have. We’re guilty. I am glad to say there are a number of electronic things I don’t have.

Did you like ‘Wild Blessings: A Celebration of Wendell Berry,’ shown at Actors Theatre in Louisville?

Yes, I was surprised to be moved by it. I didn’t know how I was going to feel about it. My family liked it, I think. It was a generosity to me on the part of Actors Theater and I appreciated it. They could hardly have been more kind and accommodating. I am of course a book person and value that moment in the quiet when a person sits down with a book. That’s what I’m writing for – that moment. I’m not a theater person. What they managed to do as theater people was far beyond anything I would be capable of. So I have to hand them a lot of credit and admiration for what they were able to do.

When you were younger, did you have a desire to be a famous writer?

I had a great desire to be a writer. I didn’t desire to be a famous one. I wanted to be a good one. Ken Kesey, a very good friend of mine who was a famous writer, said fame is a wart, and he meant it. It’s a disfigurement. You’re not famous as yourself; you’re famous for what people think you are. It’s a caricature.

Why haven’t you gone to a computer?

I just don’t want to. I just don’t want to be a part of that crowd that rushes out and buys every damn gadget that comes on the market. I’m just not going to do it. I don’t need it. I like to work in the quiet. I have a system of writing that is very satisfactory. I use a spiral notebook, and I write on the right-hand page. Anything I want to add I put on the left-hand page. If I don’t like what I’ve done, I rip pages out and start all over again. It’s pretty good technology. I have a pencil and eraser. It’s wonderful new technology, that eraser is.

Are you going to get a hybrid vehicle someday?

I don’t know. I’m going to be 76 years old in August, so talking to me about someday is kind of a provisional exercise.

Do you feel old?

When I’m tired, yes. It’s possible for me now to get tired and feel old. But being young is very habit forming and as I go about my work I don’t think a lot about being old. I’ve got pains. My back hurts. I don’t have the elasticity I used to have and I don’t have the endurance. But I’m still fairly capable physically.

Everything’s harder on a hill farm. But this is the kind of land that will teach you something in a hurry, about water and erosion control. And there’s all this woodland around. It’s been a great place to be.