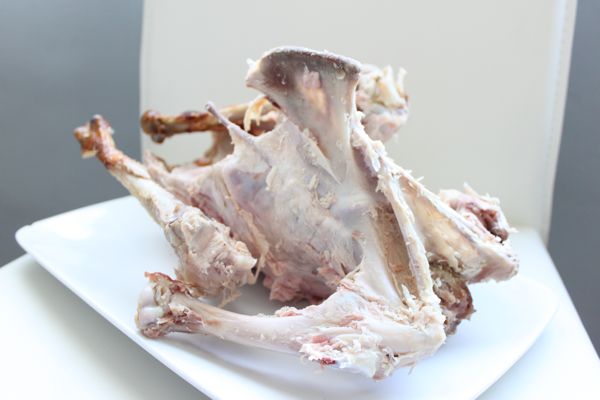 The comment below is to a friend about one of his friends.  It is easy to know what the friend of my friend doesn’t believe (it includes some of the silliness I don’t believe), but tough to know what he believes.  Here’s the analogy I came up with:

At the end of it all I scratch my head every time wondering what he still believes.  He states various presuppositions, but it seems he holds to a faith so tentative that it is difficult to see any scandal of the cross. Lots of bad meat is sliced off the theological turkey, but it seems we won’t be eating any meat at his house.  Instead, it looks like he is only keen on using the carcass for spiritual soup.

The Gospel Coalition posted my writing on Ralph Waldo Emerson.  You can find it here:

1958: “Christianity in China has been confined to museums. It is dead and buried.” (Mao’s wife)

My strong bias, really conviction, with the following interview I conducted.  Here is part of my first question:

If push came to shove (as it sometimes does here in the U.S.), I would choose the book of Jeremiah as one of the most important for Americans to digest deeply.

The rest of the interview is here:

“Today, just telling the truth and having integrity is revolutionary, subversive, and counter-cultural.”
Cornel West

Judge Antonin Scalia was well-known for saying that if you are allow the evidence to take you where it goes, then some of your legal decisions will not be to your liking.

There is an important lesson for those of us who seek to know what God is truly saying in His Word.  Is everything we think the Scripture says to our liking?  If so, we are in need of reevaluating the way we interpret Scripture.

I trust several of you are wrestling with what Rod Dreher has dubbed The Benedict Option.  Much needed conversation, with quite a bit of feisty debate is being spawned by Dreher’s book. I will be reviewing Dreher’s book and a few others which are being called “alarmist” by some, but for now let me direct your attention to a terrific essay by Alan Jacobs (my gratitude to Bill Bridgman for bringing this to my attention).  If you don’t read the entire thing, then chew on this:

In 1974, when the great bishop-theologian Lesslie Newbigin retired from his decades of labor in the Church of South India, he and his wife decided to make their way back to their native England by whatever kind of transportation was locally available, taking their time, seeing parts of the world that most Europeans never think of: from Chennai to Birmingham by bus. Newbigin would later write in his autobiography, Unfinished Agenda, that everywhere they went, even in the most unlikely places, they found Christian communities—with one exception. “Cappadocia, once the nursery of Christian theology, was the only place in our whole trip where we had to have our Sunday worship by ourselves, for there was no other Christian to be found.”

If the complete destruction of a powerful and beautiful Christian culture could happen in Cappadocia, it can happen anywhere, and to acknowledge that possibility is mere realism, not a refusal of Christian hope. One refuses Christian hope by denying that Jesus Christ will come again in glory to judge the living and the dead, not by saying that Christianity can disappear from a particular place at a particular time.

As quoted in Alan Jacobs, “The Benedict Option and the Way of Exchange,” First Things, March 20, 2017