I’ve known about this place for many years.  Now, all of us can “go” there!

I spent the summer of 1980 in South Carolina.  Lots of wonderful people there, but I saw examples of blatant racism I’d never experienced.  In fact, I once had to break up a fight between a white business owner (rumored to be part of the KKK) who pulled a knife on a black employee.

I worked at a gas station and told certain people I would not serve them if they continued to use offensive language directed at black people.  I remember some staring at me like I was from Mars.  Ironically, I felt like I was visiting Mars at times!

For more on the shootings in Charleston:

The following interview was done with the award-winning historian, Jonathan Rose.  Rose teaches at Drew University.

Moore: Books about Winston Churchill abound. In light of the glutted Churchillian landscape, what motivated you to write this particular book?

Rose: Literature is the one aspect of Churchill’s life that hardly anyone has explored in any depth.  And yet, even before he entered Parliament, he had established himself as a tremendously popular author.  He wrote history, biography, war reportage, literary criticism, futurology, even a novel.  Moreover, his political agenda was profoundly shaped by what he read and wrote.  So Churchill is too important to be left to the political historians: you won’t fully understand him unless you study him as a man of letters.

Moore: I was surprised to learn how much Churchill utilized various insights gained from studying the American Civil War.  Would you unpack that some for us?

Rose: His American grandfather, Leonard Jerome, was part-owner of the New York Times and a supporter of the Union cause, even in the face of the Draft Riots of 1863.  So he was an inspiration for Winston, who saw no clear boundaries between warfare and journalism.  And in his lifelong struggle to preserve the British Empire, Churchill’s model was the Civil War, which he viewed as a successful effort to preserve the American Empire.  He didn’t quite see that there were important differences between the two cases.

Moore: It is fascinating to see how much the theater influenced Churchill in his various public roles.  Describe that a bit.

Rose: All his life he was a passionate theatergoer.  He learned his brilliant oratorical skills by watching actors at work.  As a parliamentary performer, he was always on stage and in character.  And his distinctive wit owed much to his two favorite dramatists, Oscar Wilde and George Bernard Shaw.  The theatre offered Churchill a script for political action: as Home Secretary he enacted penal reforms after seeing John Galsworthy’s prison drama Justice.  And though he never wrote a play, his history of the Second World War is written with a fine sense of drama, timing, and climax.

Moore: Ecclesiastes 12:10 speak of the preacher searching “to find just the right words.”  Churchill spent much time getting his words right.  What can we learn from his care and concern over language?

Rose: He dictated most of his books and speeches to a secretary, then he would grab the typescript from her and scribble extensive revisions in ink.  That’s why his writing had an oratorical resonance.  Sometimes, when delivering a speech, he would appear to hesitate, grope for the right word, and inevitably hit on it.  But that was an act: in fact his speeches were carefully scripted.  There he was poles apart from today’s politicians, who robotically repeat catchphrases pretested on focus groups.

Moore: You mention some of the favorite books of both Churchill and Hitler.  It is interesting to see Don Quixote listed as one of Hitler’s favorite books.  Did more grandiose stories spark Hitler’s imagination?

Moore: Political conservatives love to retrieve Churchill for inspiration, but most don’t seem to know of Churchill’s concern over what we call today, “crony capitalism.”  Why is this particular concern of Churchill’s not well known?

Rose: This was a crusade that Churchill launched early in his political career, before 1906, and it drove him to repudiate the Conservative Party.  Inspired by Adam Smith, he believed in free market capitalism tempered by a social safety net, but he was deeply hostile to any form of corporate welfare.  In fact, if libertarian conservatives and Tea Partiers knew better this side of Churchill, they would admire him even more.

Moore: Churchill was not completely alone in appreciating the threat of Nazism, but many did not.  What made Churchill so prescient?

Rose: Churchill always hated totalitarian regimes, starting with the schools he attended.  And you could say he recognized the threat of Nazism when Hitler was still a schoolboy.  Churchill’s 1899 novel, Savrola, was a third-rate political melodrama, but also uncannily farsighted: it’s about a brilliant orator who fights an unspeakably wicked Middle European dictator.  So when the actual Hitler appeared on the political stage, Churchill leapt into the heroic role he had created thirty years earlier.

Moore: One of David McCullough’s favorite books is Churchill’s little book on painting.  Painting was more than a hobby for Churchill, wasn’t it?

Rose: Certainly, it was also therapy.  The Gallipoli fiasco plunged him into a deep depression, and painting pulled him out of it.  It gave him a sense of control when his life was spinning apart.  He compared composing a work of art to planning a military campaign – except that when you brush paint on a canvas, it stays put.

Moore: Many reading this interview are Christians.  Many minister in various full-time vocational capacities.  What are a few things these folks could benefit from in reading your book?

Rose: They may be surprised to learn that Churchill grappled seriously and deeply with theological questions.  He wasn’t a conventional Christian, but he always had a clear moral vision and fought for it relentlessly. 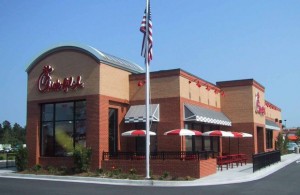 I stopped by Chick-fil-A a few days back.  Getting your food there is always very fast and efficient.  On this particular day they had a problem with one of their computers so it took about five minutes longer.  Dreadful, I know.  They apologized and gave me my meal for free.

It is no wonder why they do so well!

This past January I was in the Bay Area.  Our youngest son, Chris, was looking into PhD programs at both University of California, Berkeley and Stanford.  I just had to take him to Pebble Beach Country Club and Carmel.  He was quite willing to go.  Imagine this place when all the effects of sin are lifted! 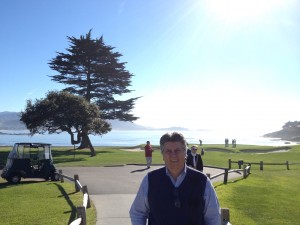 I asked a number of friends to answer the following question: If you could wave a magical wand which caused all Christians to read five books, what works would you pick? Here are my suggestions with some recent reflection on reading:

It is fun to read haphazardly.  Picking up whatever strikes one’s fancy is quite enjoyable.  This is better than not reading at all, but we will not benefit from what a more disciplined approach has to offer.

For the Christian, we should read the kinds of things that increase our love for God and love for others.  We know that the Bible is designed to do this, but I am speaking about reading material outside of God’s Word.

It is certainly important to read books written by non-Christians, especially the so-called “great” or “classic” works.  These have stood the test of time so we can be confident they will speak to us in ways we need to hear.

Time, however, is limited.  If the highest goal of reading is to increase our love of God and love of others, it seems wise to give pride of place to works which intentionally seek to do just that.

I am still formulating my own convictions here, but perhaps Augustine and Pascal should take priority over Voltaire and Emerson.  I certainly would encourage Christians to read all four, especially since the latter two have taught me some invaluable things.

C.S. Lewis wrote an essay called “On the Reading of Old Books.”  If you have not read the essay, I highly recommend it.  In short compass, Lewis offers many wise insights.  Among other things, Lewis says we ought to strive to read one old book for every new book we read.   My somewhat tentative thoughts here might want to tweak Lewis a bit.  Perhaps the “old books” should be (heavily?) geared to works within the Christian tradition.

How about first reading two so-called classics from the Christian tradition before tackling one outside the Christian tradition?  It seems this would have a couple big advantages.  It would encourage us to love better, and I need all the help there I can get.  Furthermore, a reading plan like the one I propose here would give us greater ease in extracting “God’s truth” from authors who never intended to write anything of eternal worth.  As I mentioned earlier, both Voltaire and Emerson have taught me important things.  However, it is my reading of great Christian writers which help me to be more discerning when I am interacting with those who write from outside the Christian tradition.  Great Christian writers definitely equip us to know how best to “plunder the Egyptians.”

My five would be: Augustine’s Confessions, Pascal’s Writings, Bunyan, The Pilgrim’s Progress, Chesterton’s Orthodoxy, and something/anything by C.S. Lewis

The professor is in class to incite, cajole, inspire, and assign matters so that a young man or woman reads for the first time a book they may never have heard of. This is what he owes them. They want to know, moreover, not just what Plato had to say but what their teacher has to say. Yves Simon, in a famous passage, that I never fail to stress, tells us that there are three kinds of students: those only interested in grades, those who already know everything, and the eminently teachable, those who will allow him, in a short time in their youth, to take them through things which it took him into old age to figure out. The professor hopes that they all finally become “eminently teachable” and that he is worthy of teaching them.

From James Schall,”A Final Gladness,” The Last Lecture at Georgetown

Packer’s writings have made a big impact on me.  Here is a wonderful interview with a few authors who have written works on Packer: