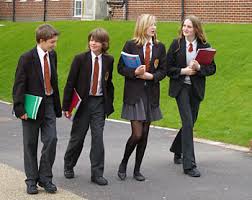 For those of us who have a more “conservative” position of the Bible, there is a rather common delusion we can fall prey to, namely that we believe our interpretation of the Bible is always the correct one.  We may not even be aware that we are interpreting the Bible.  After all, we take the Bible as God’s Word, and gladly do what it says.  At the very least, our approach is far superior to the liberals who see all kinds of human elements and mistakes in the Bible.

I actually came up with some alliteration to convey a common dynamic I’ve seen in conservative or “Bible-centered” environments.  What I have seen is how easy it is for us conservatives to make a personal preference a priority which then slowly becomes a biblical precept.

For example, take a Christian school which has a preference for a certain type of uniform dress.  It is easy for that preference to slowly move to a priority which slowly becomes an issue of whether one is willing to commit to the commandments of Scripture.  Granted, there are passages of Scripture which speak of things like modest dress, but it is still a preference (not biblical precept!) to have all the boys in khaki pants and blue blazers. As a teacher and in my own life as a Christian, I regularly wonder how high the bar of spiritual expectations ought to be set.  Given the constant battles with sin, the world, and Satan, how much should we expect to mature as Christians?  There are many schools of thought within Christianity.  Some focus on the great gains which should be made like the “higher life” approaches of Keswick, etc.  Others like a godly man I respect say all growth seems like a spiritual cul-de-sac.

I do not have an easy answer to this important and challenging issue.  Much ink has been spilled in books and will continue to be spilled until Jesus comes back.

What do you think?

Our youngest son, Chris, encouraged me to read Born to Run: A Hidden Tribe, Superathletes, and the Greatest Race the World Has Never Seen.  It is an amazing read about an Indian tribe who can run hundreds of miles at a time!  Here is a brief clip about this amazing group of people:

I plan to do some posts on developing confidence in God’s Word, but here is a fine sermon which showcases a preacher who is confident in the Bible.  Though this message was given to encourage pastors, it will be a blessing to any Christian.

Years ago, I read and then interviewed Christopher Hall on his fine book, Reading Scripture with the Church Fathers.  Among other things, I was struck by something we take for granted in teaching “Bible study methods.”  It was something the early Fathers underscored over and over again, namely, that one’s walk with the Lord directly affects how well one will read Scripture.  Seminary classes I took assumed everyone was walking closely with Jesus (a very big assumption indeed) and that our main lack was in the skills of reading more carefully, making the proper connections, and then making sure our application(s) came directly from our interpretation.

David Crump makes a similar point in his important new book, but from a different angle.  Crump reminds us, by ably interacting with the many riches of Søren Kierkegaard, that one must first commit to the Person of Jesus to gain the real riches of Scripture.  Lest you think this sounds rather subjective and perhaps a bit anti-intellectual, you would be wrong.  Crump does a good job addressing that particular objection and so much more.

There are not many books that pack a lot to think about in less than 135 pages, but this is certainly one which does.

My recommendation to Eerdmanns: Consider making chapter 6 a stand alone book!  It would make a terrific resource for those wanting a lot of wisdom in short compass. 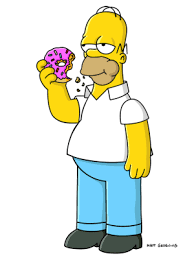 This is my third and final post on Dan’s terrific book.  There is much I could say about The Skeptical Believer and the previous two posts will give you a good feel for my enthusiasm about it.  If you go to the categories on the right side of the home page and click “doubt” you will easily locate those previous two posts.

I appreciate Dan’s candor with his own struggles to believe, yet he remains hopeful and resolute in clinging to Christ.  He speaks with compassion to the doubter, but he is also willing to give a nice kick in the intellectual seat of the pants if it is called for.

If you struggle with doubt, or know someone who does, make sure to add this to your early Christmas list! Kay Warren, wife of Rick, offers a candid and compassionate assessment of suffering.  Only a few minutes of video, but makes a big impact.
http://www.washingtonpost.com/local/kay-warren-on-god-there-are-times-that-i-feel-its-all-a-big-cosmic-joke/2012/08/07/00436f3e-ddd0-11e1-9ff9-1dcd8858ad02_video.html

This was originally posted on May 30, 2013, but there sadly is a need to get some things clear in our collective conscious!

Since Anthony Weiner is back (again!) in the news, I thought it good to reflect some on his undoing.

Let’s get things clear from the get go.  I find Weiner’s behavior inexcusable and to employ a word I have not yet heard: sinful.

It is a good thing Weiner resigned from the Congress.  The spectacle that preceded it was unfortunate.  It only seemed to underscore the very problem that got Weiner into trouble to begin with, namely his narcissistic tendency toward self-promotion.  As some preachers I’ve heard proclaim, “Sometimes we have got to repent of our repentance.”

It is interesting to hear the commentary by the media and members of Congress, but not so much for what has been said.  Rather, it is what was left unsaid that has been striking.

For example, why are so many up in arms over what Weiner did?  If there is no God, as Dostoyevsky famously declared, then all things are permissible.  I imagine there are several in the media and in Congress who find the “fear of the Lord” a quaint maxim of a bygone era.  Nevertheless they are quick to pronounce absolute judgment on Weiner.  No one seems troubled by this inconsistency.

For those of us who do believe in the “fear of the Lord” it is crucial to do some honest soul-searching.  Sure, our sins may not be public.  They may also occur in more socially respectable areas of life: food instead of sex, gossip instead of hubris, and lying instead of lying.  Wait a second.  We are more like Weiner than we care to admit!

As a Christian, I believe God can redeem anyone.  The death and resurrection of Jesus takes the hideousness of sin and the hope-filled reality of a changed life seriously.  The Bible is loaded with unsavory characters who found redemption.  King David was a murderer and adulterer.  And yes, King David also lied.   He outdid Weiner on many fronts.

One’s understanding of redemption in the Christian sense starts by recognizing our real problem: sin.  Failure to appreciate our own sin results in simply casting stones at fellow human beings.  Instead of seeing redemption as a real possibility we gladly cast the pariah to the margins of society.  With the offending party gone from our midst we are freed from having to ponder our own compulsions, dysfunctions, hubris, self-satisfaction, arrogance, and what can be the umbrella term for all: sin.

When a society loses the language to depict the realities of sin, it has lost more than it can possibly know.  When sin is gone from the scene, so is redemption.  And when redemption is gone, where does that leave us? 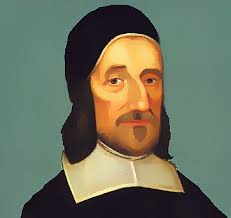 “We can starve while we prepare food for others.”
(Richard Baxter, Puritan preacher)