Universalism and “The Devil’s Redemption” and Barth

Universalism and “The Devil’s Redemption”

Here’s my interview with Kathryn Gin Lum.  Lum teaches at Stanford University.  She recently wrote, Damned Nation: Hell in America from the Revolution to Reconstruction.

Moore: This is an arresting piece of work.  What motivated you to tackle this issue?

Gin Lum: Thank you. A death in the family spurred me to think about the historical processes that influenced the ways Americans think about death and what, if anything, comes after. My research led me to realize how much Americans have thought about hell and how little scholars have taken their thoughts seriously. We’re often looking for other, this-worldly reasons to explain the ways people act—money-mongering, power-plays, etc. In this kind of framing, belief in hell comes across as both banal and bizarre. But it was (and is) powerful and powerfully connected to this-worldly motivations and inequalities. So I was driven by these questions: What did it mean to believe, as many Americans did, that the majority of the world was damned, but you were not? What did it mean to believe that your salvation might be linked to your ability to save others? How did this influence day-to-day life, race relations, and political behavior? And how might we view American history differently when we take the fear of hell seriously?

Moore: Many years ago, Professor Harry Stout of Yale mentioned that spending so much time reading Puritan sermons forced him to think much more about his own mortality.  Did your work on this sobering subject have any such impact?

Gin Lum: Great question. So many of the historical figures I engaged with believed in their interpretations of hell with absolute conviction, and yet so many of them ended up at complete odds. I think my research actually reassured me that right now, we’re all just seeing through a glass darkly. The best we can do is to have humility about what we don’t know and live well towards others.

Moore: Why didn’t the Enlightenment quash belief in hell for Americans where it did for Europeans?

Gin Lum: The new nation was an experiment in republican polity, and as such, people were nervous. Without a monarch, what would keep the masses in line? Evangelicals argued that God must remain the monarch of the nation, and that any transgressions against Him would be punished, just as would be the case with an earthly monarch. But while a temporal monarch could only wield the threat of death, an eternal God could and should punish eternally.

The disestablishment of state churches also helped hell to survive. In an atmosphere where different religious groups were forced to compete for converts, the hell-wielding groups had a weapons advantage, so to speak.

But hell was never just about social control. It also survived because ordinary Americans found the idea of hell compelling. It raised the stakes of day-to-day life, powered social reform movements, and promised to right inequalities faced on earth.

Speaking of inequalities, a final reason I would offer for hell’s survival is the monstrous inequality of slavery in antebellum America. The threat of hell provided the strongest possible language for slavery’s opponents and its supporters to condemn each other, as well as the institution itself.

Moore: In what ways were some Americans beginning to rethink their belief in hell?

Gin Lum: Some Americans turned to Universalism in the eighteenth century, certain that a just God could never condemn any of His creatures to eternal hell. Universalism continued to persuade some in the nineteenth century, but a host of compromise positions also arose to nuance the starkness of eternal hell without going as far as complete rejection. These alternatives included Spiritualism and Swedenborgianism, which blurred the boundaries between this life and the next; Mormonism, which offered a hierarchical afterlife with more gradations than the binary heaven and hell; and annihilationism, which framed hell as a lake of fire that completely extinguished the damned instead of torturing them eternally.

Moore: The Civil War challenged every American’s beliefs.  Andrew Delbanco famously said prior to the war Americans believed in the providence of God, but after the war they believed in luck.  Even some war chaplains reevaluated some of their Christian beliefs.  Would you unpack that some for us?

Gin Lum: Chaplains began the war thinking that it was a great missionary opportunity that would force men to think seriously about their salvation. They warned them that death in combat wouldn’t ensure heaven afterwards. But the sheer scale of death in the Civil War softened their and many other Americans’ attitudes toward eternal hell. Dying for the country came to be seen as sufficient sacrifice for a heavenly reward. How could chaplains tell grieving loved ones otherwise?

Moore: Did the challenges to the traditional teaching of hell affect Christian missions?

Gin Lum: Christian missionaries were deeply motivated by the conviction that they were saving the world from the fires of hell. So if anything, challenges to the traditional teaching of hell made them all the more certain that the world, including their own nation, needed saving. But Christian missions also affected the traditional teaching of hell. Their writings exposed more Americans to the vast numbers of people—both on the continent and overseas—who did not subscribe to Protestantism. While missionaries cited such numbers to elicit sympathy for their cause, others started to look at these numbers and wonder whether God might allow alternate paths to salvation instead. 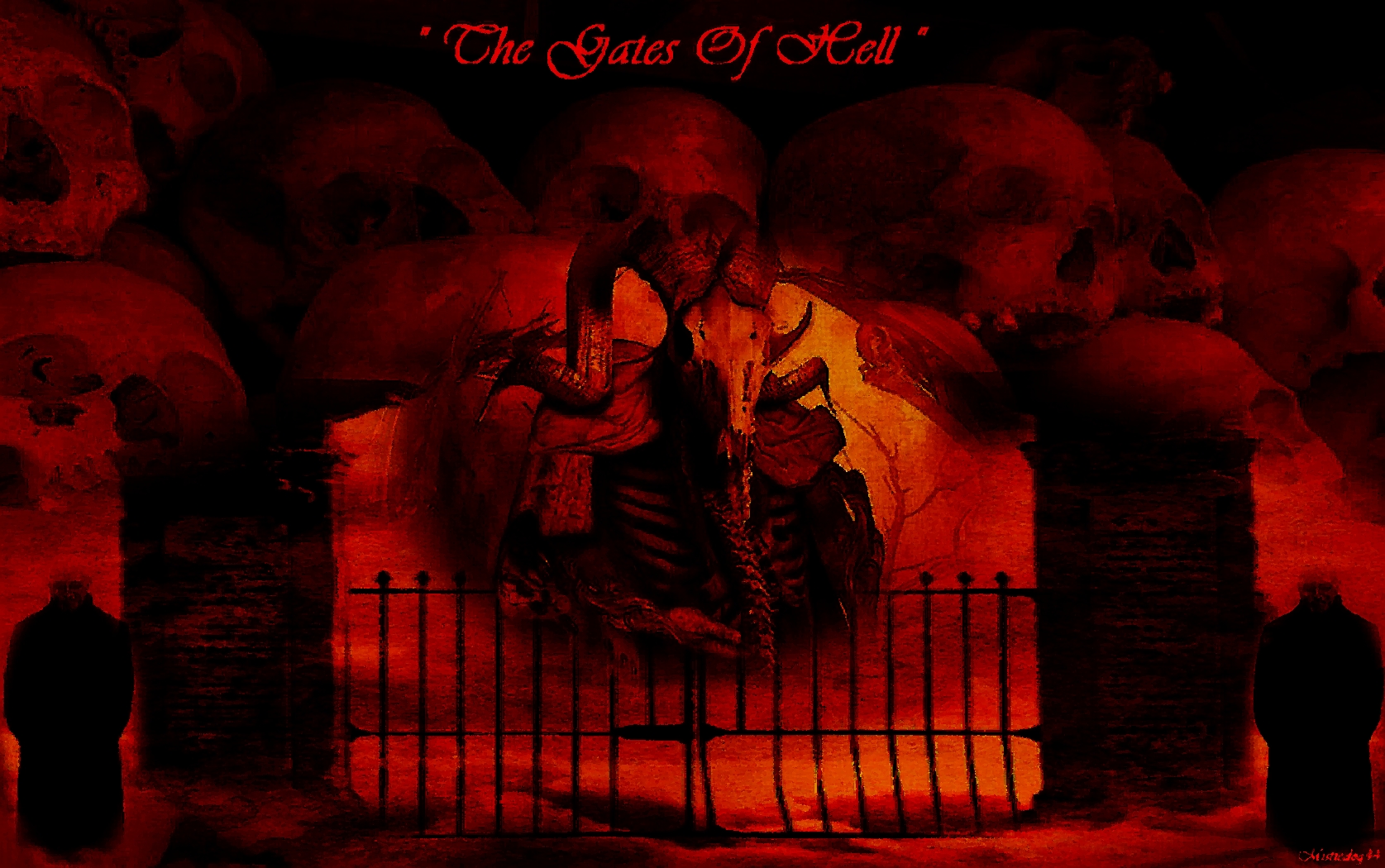 Pastor Matt Carter preached about going on the offensive against Satan.  It made me think we are called not to be “hell raisers” but “hell razers!”
http://austinstone.org/sermons/item/the-gospel-and-community