The word “pagan” is used in various ways.  There are popular and scholarly definitions.  Here, we get one that makes sense to me from Andrew Sullivan (HT: John Fea’s Blog, The Way of Improvement):

Trump is not an atheist, confident yet humble in the search for a God-free morality. He is not an agnostic, genuinely doubtful as to the meaning of existence but always open to revelation should it arrive. He is not even a wayward Christian, as he sometimes claims to be, beset by doubt and failing to live up to ideals he nonetheless holds. The ideals he holds are, in fact, the antithesis of Christianity — and his life proves it. He is neither religious nor irreligious. He is pre-religious. He is a pagan. He makes much more sense as a character in Game of Thrones, a medieval world bereft of the legacy of Jesus of Nazareth, than as a president of a modern, Western country.

Every pillar of Trump’s essential character is a cardinal sin for Christians: lust, gluttony, greed, envy, anger, and pride. We are all guilty of these, of course, but there is in Trump a centrality to them, a shame-free celebration of them, that is close to unique in the history of the American presidency. I will never understand how more than half of white Catholics could vote for such a man, or how the leadership of the church could be so terribly silent when such a monster stalks the earth.

Sadly, my piece in The Huffington Post from seven years ago is still relevant:

Just watched this amazing man on 60 Minutes.  Found his number online.  Gave him a call.  I wanted to know a piece of literature he found compelling.  His answer: Shakespeare’s King Lear.

Here’s a short description I came up with that reflects a bit of how I feel:

I am having hyperdispensational migraines induced by a lopsided hermeneutic which prevents knowing about OT typology.

If you don’t understand what I am saying here, it is probably a good thing!

“Nobody made a greater mistake than he who did nothing because he could do only a little.” Edmund Burke

Controversy brings out the best and worst of us.  Sadly, it does more of the latter.  Since Americans have a tendency towards superficial understanding and a tendency to believe someone is attacking us when they disagree with our viewpoint, it adds a further impediment to productive disagreements.

Paul Griffiths, who recently resigned from Duke Divinity articulated sharp disagreement with a training program to increase understanding of racism.  I’m not sure Professor Griffiths conveyed his concerns in the wisest way (he has said as much), but there is an important lesson for all of us: sharp disagreements can be very productive.  Here are some of Professor Griffiths reflections:

Harsh and direct disagreement places thought under pressure. That’s its point. Pressure can be intellectually productive: being forced to look closely at arguments against a beloved position helps those who hold it to burnish and buttress it as often as it moves them to abandon it. But pressure also causes pain and fear; and when those under pressure find these things difficult to bear, they’ll sometimes use any means possible to make the pressure and the pain go away. They feel unsafe, threatened, put upon, and so they react by deploying the soft violence of the law or the harder violence of the aggressive and speech-denying protest. Both moves are common enough in our élite universities now, as is their support by the powers that be. Tolerance for intellectual pain is less than it was. So is tolerance for argument.

For me, the sky-flower has fallen to the ground, its petals scattered but bearing still the beauty of a remembered reverie. I bear responsibility, of course: my class, my intellectual formation in the snidely and aggressively English dialectic of debate, my eye-to-the-main-chance polemical temperament, and no doubt other deep and damaged traits of which I’m scarcely aware, all had their part to play in bringing the sky-flower to earth.

The rest is here: https://www.commonwealmagazine.org/university-love

This is some crazy stuff! 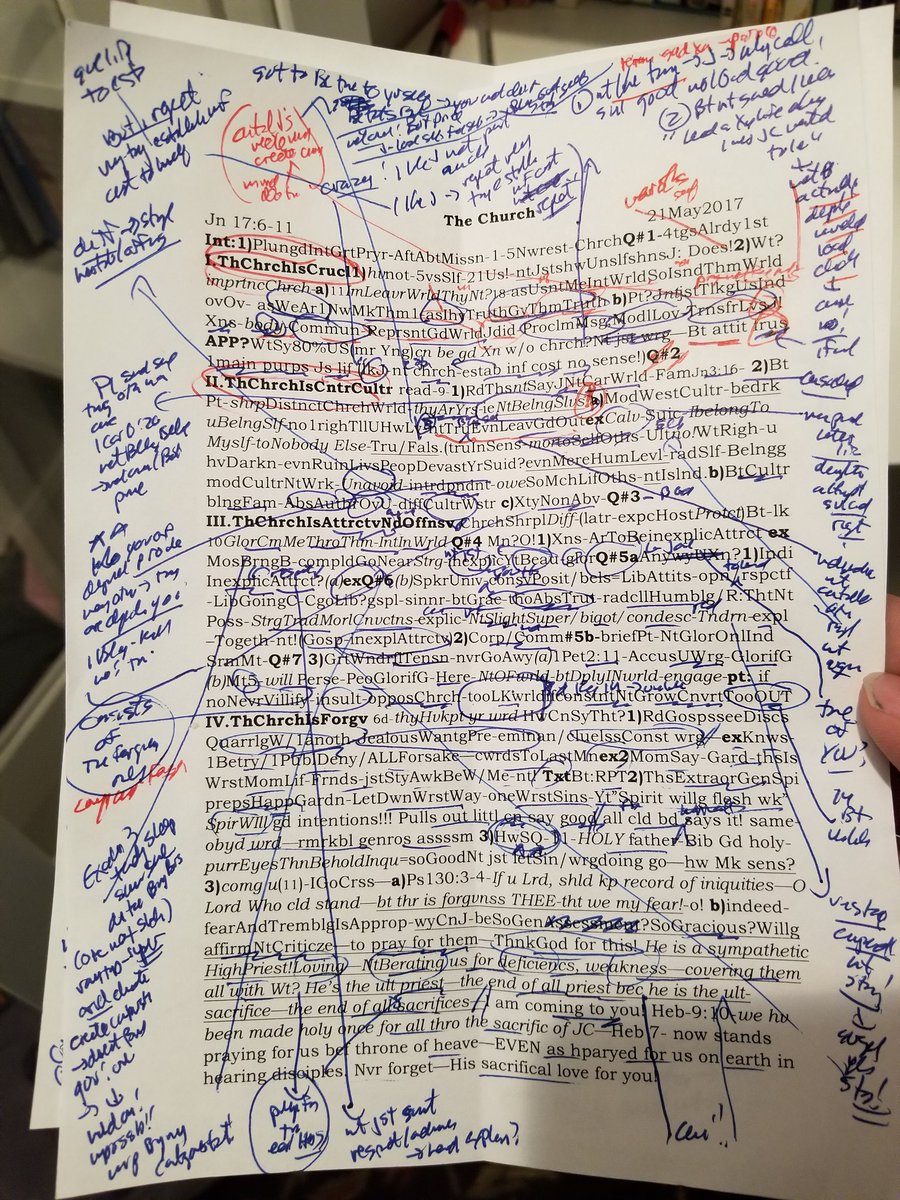 I interviewed Tracy McKenzie of Wheaton College.  He is a terrific guy and stellar historian.  Like me, he finds Alexis de Tocqueville’s Democracy in America, one of the most relevant books ever written on our country.  And it was penned by a Frenchman visiting our land in the early 1830s.  Here is a sample of quotes Tracy liked from his terrific blog at https://faithandamericanhistory.wordpress.com/

* “Generally speaking, only simple conceptions can grip the mind of a nation.  An idea that is clear and precise even though false will always have greater power in the world than an idea that is true but complex.”

* “Man firmly believes a thing because he accepts it without looking deeply into it.  He begins to doubt when objections are raised.  In many cases he succeeds in laying all his doubts to rest and begins to believe again.  Then he no longer clings to a truth plucked at random from the darkness but stares truth in the face and marches directly toward its light. . . . We can be sure that the majority of men will remain in one of these two states: they will either believe without knowing why, or not know precisely what they ought to believe.”

* “But nothing is harder than the apprenticeship of liberty.  This is not true of despotism.  Despotism often presents itself as the remedy for all ills suffered in the past.  It is the upholder of justice, the champion of the oppressed, and the founder of order.  Nations are lulled to sleep by the temporary prosperity to which it gives rise, and when they are awake, they are miserable.”

* “Americans do not converse; they argue.”

* “In America centralization is not popular, and there is no cleverer way to court the majority than to rail against the alleged encroachments of the central government.”

* “Now, what has to be said in order to please the voters is not always what would best serve the political opinion they profess.”

* “It is astonishing to see how few, how weak, and how unworthy are the hands into which a great people can fall.”

* “When the past is no longer capable of shedding light on the future, the mind can only proceed in darkness.”

Sleep is pretty important.  At 59, I offer my hearty “Amen!”

Apparently, the loss of one hour’s sleep at the shift to Day Light Saving ‘coincides’ with a 20% increase in car accidents on the Monday. (HT: John Paul Dickson twitter)