I met Mike about twenty years ago.  We were in the beginning stages of launching Two Cities Ministries.  We had a wonderful lunch over Chinese food at a quiet place in Washington, DC.  Mike was one of the most influential Christian leaders you’ve probably never heard of.  He was full of energy, loved people, and was a great raconteur.

Plutarch said “small” things can reveal a man’s character.  One thing stands out for me.  Though Mike and I hardly knew each other he was always very quick to answer any question I sent him via email.

Through his creativity and tenacity Mike was able to win the trust of journalists across a wide swath of religious and political perspectives, no small feat!

Most of us debate poorly.  There are a number of factors like not knowing what we believe as well as we should, presenting a caricature of an opposing position, and even if we don’t err with those two, we tend to get testy!  My number one resource for making improvement is The Righteous Mind: Why Good People are Divided by Politics and Religion by Jonathan Haidt.  I wish every American would read and ponder this seminal book.

Here’s a good example of how to do better:

In light of many friends struggling through the recent floods here in Texas, I offer a few words from my forthcoming book, God, What on Earth are You Doing?

Learning to trust God in the midst of intense suffering is a process which usually contains many twists and turns.  That certainly was the case for C.S. Lewis who wrote two books on the subject of suffering.  The first one, The Problem of Pain, sought to address some of the typical questions about suffering.  Rather predictably, Lewis underscored things like human freedom.  The Problem of Pain has some helpful insights, but it is what I like to call a “rather neat and tidy book.”  Suffering is presented in such a way that the reader is invited to conclude, “Oh yes, I see, this suffering of mine makes sense after all.”  Lewis was a bachelor when he wrote The Problem of Pain.

On the other side of the spectrum is A Grief Observed.  It is like reading the dark and desperate reflections of a friend’s private journal.[1]  This second book on suffering was written as Lewis tried to “make sense” of losing his wife.  The ache Lewis felt was too raw for neat and tidy, philosophical truths, no matter how true they happened to be.

Suffering has many causes.  Furthermore, everyone processes their suffering differently.  Different Christians tend to emphasize different things about God, so what it means to trust God during times of suffering is no simple matter.  I vividly remember our two sons playing with a favorite train set.  Well, our oldest son was playing with it while his younger brother was trying to join in.  Our older son is typically good at sharing, but not on this occasion.  Spying out an opportunity to wow our two young sons with some godly wisdom, I asked, “Hey David.  What do you think Jesus would do?”  David briefly looked my way and nonchalantly responded, “Jesus would make another train.”  My son was focused on the power of God while I was focused on God’s generosity.

[1] It is not unusual to see the two books by Lewis characterized in this sort of manner.  For example, see Armand M. Nicholi, Jr., The Question of God: C.S. Lewis and Sigmund Freud Debate God, Love, Sex, and the Meaning of Life (New York, NY: The Free Press, 2002), 210.

Because of several visits over the years to Boston and New York City, I have become increasingly interested in the work of Frederick Law Olmsted.  Olmsted is the first American landscape architect and responsible for many park designs, including Central Park.  If you are not familiar with Olmsted, here’s a nice video to introduce him to you:

“I find that poetry helps. You can’t zoom through poetry; it forces you to slow down, think, concentrate, relish words and phrases. I now try to begin each day with a selection from George Herbert, Gerard Manley Hopkins, or R. S. Thomas.”

The rest is below (HT: Thomas Kidd’s email letter)

I’m working a bit on my Proverbs commentary and remembered this classic “I Love Lucy” episode:

I came up with “Moore’s Law of Literature” about a year ago.

It is quite simple, and so far, always accurate.

Fortunately, even the modern books I’ve read this past year have all passed the test.  If I went back over a lifetime of reading there would be many books that would not. 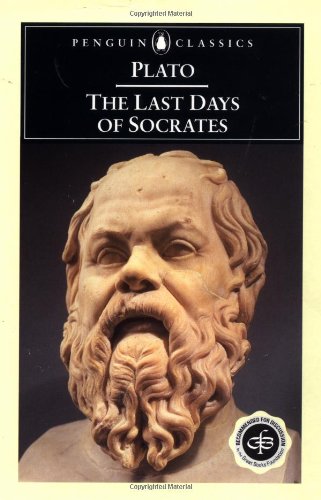 What do you do when your soldiers are hungry, don’t have proper clothing/shoes, and some have already deserted?  Washington’s m.o. gives lots of practical help.

How did Churchill convince Parliament and so many others that Hitler was a serious threat?  Churchill was in a very small group who was concerned.
https://www.amazon.com/Five-Days-London-May-1940/dp/0300084668

Lincoln’s Melancholy: How Depression Challenged a President and Fueled His Greatness by Shenk

The title gives away the gist.  Lincoln took a debilitating personal problem and used it for the good of the nation.

The River of Doubt: Theodore Roosevelt’s Darkest Journey by Millard

After TR lost the election he took a trip deep into the Amazon jungle where he almost died.  His group had to fight off Indians, deadly diseases, killer fish, all while losing their resources.  Great story of how strong a leader TR was.
https://www.amazon.com/River-Doubt-Theodore-Roosevelts-Darkest/dp/0767913736

Two questions and I am looking for your quick, gut answers, especially since there is no way to know for certain. So from your own experience in ministry:

The lack of compelling, joyful, wise, thoughtful, loving, and faith-filled folks over 50?

The lack of regard pastors and other ministry leaders under 40 have for the first group?

My own experience is positive. I am 59 and find lots of young men who desire time and input. However, I certainly see the effects of ageism in the church that is sadly perpetuated by too many, younger leaders.

On #1, a one or two: there are plenty.
On #2, too much but it is less that than a culture that doesn’t think in terms of wisdom but in terms of creativity and newness.