The past two posts on Princeton have focused on places.  This one focuses on people.  My last week Princeton included four wonderful days with some terrific folk.  My first was with well-known artist and author, Makoto Fujimura or Mako for short.  Mako has recently written an absorbing book called Silence and Beauty.  It is a commentary of sorts on Shusaku Endo’s novel, Silence.

We took a day trip to Yale.  There we met with David and Karen Mahan.  Doreen worked with Dave at Virginia Tech in the early 1980s. Both of them were on staff with Campus Crusade for Christ (Cru).  I met Dave during the summer of 1985.  Our son, Chris, is looking into various graduate programs. Yale is one of his possibilities so it was wonderful that he could join us. 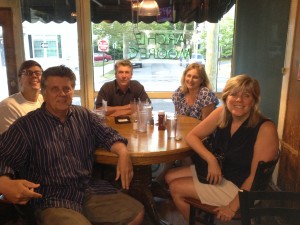 James McPherson is widely hailed as our greatest living historian of the Civil War.  In 1989 he won the Pulitzer Prize for his magisterial book, Battle Cry of Freedom.  I spoke with Professor McPherson on how various people processed the carnage of the war. 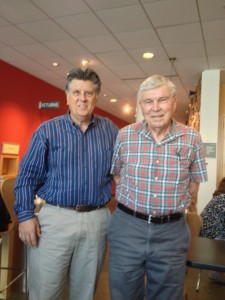 My week finished up with Carl Trueman, Professor of Church History at Westminster Theological Seminary.  Carl and I have corresponded via email, but never met in person.  He is a terrific historian and wonderful essayist. Make sure to check him out on First Things and Mortification of Spin.