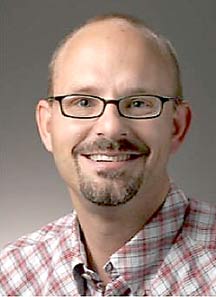 I have read many “critique” books of evangelicalism.  Authors such as David Wells, Mark Noll, James Davison Hunter, George Marsden, and Os Guinness, along with many others, have provided me with extremely helpful insight.

Svigel’s book is also a critique of evangelicalism, but it differs from the authors above.  Svigel’s book is challenging without being a jeremiad.  To be sure, Svigel has some pointed things to say, but there is a grace and generosity of spirit which shines through.  To chase to the end of the book first, Svigel offers some wise and gentle applications for those who want to see the evangelical church reformed.

Instead of doing your typical review, here are several things which I greatly appreciated about the book:

*Chapter one is a terrific sketch of modern evangelicalism.  Svigel uses a helpful “infancy to midlife crisis” scheme to describe how evangelicalism has developed in the twentieth century.  Crossway ought to consider making this and chapter eight stand-alone booklets.

*The emphasis on remembering to keep primary doctrines, primary, is spelled out extremely well.  I have read Tom Oden and others on this very issue, but Svigel provides a fresh perspective.

*As mentioned above, chapter eight could also be a terrific booklet.  There is much in it which spells out a way forward in truly having qualified pastors and elders.  Furthermore, the lunacy that you find in too many evangelical churches where not all pastors are elders out of fear that the pastors become too powerful is wisely and courageously addressed.

On this very issue, I offer a few more personal observations made over the years.  First, check out evangelical church web sites.  You will notice two dominant and disturbing matters.  Too many of the web sites only list the “staff,” but not the elders.  If the elders are listed, check how many of the pastors are part of the elder board.  I have had many conversations with pastors and NT scholars on how Paul assumed all pastors would also be serving as elders.  So what is the problem?  In a word, fear…fear that having all the pastors on the elder board will result in the pastors being a powerful voting bloc.  What does this tell us about the lack of trust among church leaders?

I do have a few quibbles and what would even a non-traditional book review be without them?:

*Svigel seeks to make a historic and biblical case for having a “head pastor.”  I may not so much be in disagreement with his reasoning, but would have liked to see some discussion of the problem with the modern CEO model of pastor.  This is an important issue and it deserves some ink.  Several years back, Dallas Seminary sent out their alumni newsletter with a lead article on the “pastor as CEO.”

*Tertullian’s classic question of “What has Athens to do with Jerusalem?” is mentioned to set up a brief discussion of the relationship between philosophy and theology.  It would have been good for Svigel to mention that even Tertullian used philosophy!   Among others, Nicholas Wolterstorff has addressed the popular myth that Tertullian was completely opposed to using insights garnered from philosophy.

*Svigel rightly uses Mt 18:20 to make the case that two or three Christians gathered together do not equal a church.  It would have been good to add that this commonly misapplied verse is dealing with a small group of believers going to confront another believer.

I trust this book gets the wide read it deserves, and that this younger author has many more years of fruitful, literary service.