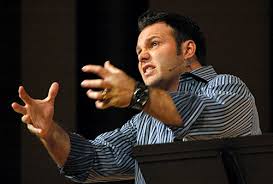 If you need some context, radio host, Janet Mefferd, charged popular preacher, Mark Driscoll, with plagiarism.  You can read more about it in the link below, the three pieces so far from Carl Trueman (see my Dec. 1 post), and several things at www.janetmefferd.com.

One troubling aspect is the widespread silence among the Reformed community.

Before you read my own reflections, one editor wrote me a gracious note explaining the reason he would pass on my piece:

Thanks for sending this along to X.  I love the point you’re making.  Let me say, as editor of X, I want more of our celebrities to absorb this message. It would save me a lot of grief.

Unfortunately, this piece won’t work to that end.  It inadvertently makes you the hero of the story, and it will get readers to wondering why you used yourself as a chief example.  This is certainly not your intent, but it will be what is heard.

Sorry this didn’t work out.  I’m glad we’ve been introduced, and I trust our paths will cross some day.

Here is my response:

Thanks.  I certainly understand your point.

However, I do think evangelicalism desperately needs more people who can say, albeit with an understanding of their own sin, “to follow me as I follow Christ Jesus.”  I have loads daily to repent of, but do wish in this area more Christians would in fact follow my own example.

Now on to my own reflections…

As a college student, I often heard Bill Bright speak at conferences.  His messages were simple and became predictable over time.  He seemed a bit naïve and out of touch with the complexities of college ministry at a secular school, but I never doubted his sincerity.

After seminary, I joined the full-time staff of Cru.  I was placed as the campus director at Stanford University.  It was a trial by fire as my training for this role came after being in this position for an entire year.  I was greatly helped by many wise and patient people.

For various reasons, Bill Bright took a personal interest in the ministry at Stanford.  And trust me, it was not because we were the biggest!  He even visited us for an intimate luncheon.  After the meal, our small group of about twenty peppered Bright with all kinds of questions.  Stanford students are not known for pulling their punches.  One student waxed on about the name Campus Crusade for Christ.  The name needed to change.  There was way too much baggage from the annals of history.  Bill Bright listened attentively and then shocked all of us with his disarming response: “That makes sense. What should we rename it?”  This was the 1980s, long before the change to the abbreviated Cru.  A stunned silence filled the room.  No one had anything to offer by way of a change.  Bright then invited the students and staff to write him with any ideas they might have for making Cru better.  Suffice it to say, those who were skeptical about Bill Bright’s approach going into the meeting were decidedly changed upon leaving.

A few years after our luncheon, I found myself in a hotel ballroom with the full-time Cru staff who ministered throughout the state of California.  There were about one hundred of us.  Bill Bright was addressing us on various issues.  Towards the end of the talk, Bright rather abruptly shifted to speaking about the “drinking policy” of Cru.  Bright’s personal convictions about drinking alcohol were well known by those in the room.  He did not want any full-time staff drinking under any circumstances whatsoever. He went on to say that if we knew of any staff who drink, we were to tell them to stop.  If they were unwilling to do so, they would be required to leave.  It was the most animated I’d ever seen Bill Bright.

Bill Bright closed by asking if there were any questions.  A few softball questions were initially thrown his way, but I was troubled.  I was sitting in the back of the long, rectangular room.  I raised my hand high so as to be easily spotted.

I knew, as most in the room knew, that there was in fact freedom to drink. The official policy of Cru did not prohibit drinking.

My give and take with Bill Bright started out with voicing my respect for his reasons regarding abstinence from alcohol.  That said, I wanted him to clarify whether he was articulating the official policy of Cru or simply conveying his own personal desire.

Dr. Bright did not address the nub of my question. He simply gave reasons why he personally did not want Cru staff to drink.  I pressed him on the issue.  At this point I had little doubt many in the room were not happy with me for challenging Bill Bright.  After the meeting, my hunch was confirmed.

After going back and forth several times with Bright underscoring the dangers of drinking, he conceded that this was in fact not Cru’s policy, but his own deeply held conviction.  As we finished, Bright graciously paid me a public compliment.  He said I was a person he could trust to tell the truth.

Over the years, other opportunities have presented themselves to speak up about “sacred cow” issues.  Sadly, I have seen many men in positions of leadership freeze when the opportunity came their way.  My own dad modeled in more ways than I can mention here how it is always right to stand up for what is right.  By God’s grace, I have not been too tempted to be silent by the consequences which many times come from saying unpopular things.  And the cost at times has been significant.  And yes, I remind myself regularly to “take heed lest I fall” for the temptation to be quiet when one should speak needs to be vigilantly monitored.

Speaking “truth to power” is never easy.  The possibility of being tagged with jealously over someone’s superior status, making a name for yourself by questionable means, or being labelled as having a martyr complex are all too real.  The difficulty becomes more acute when the one needing the challenge is surrounded by those who benefit in various ways from that particular association.

The recent controversy over whether Mark Driscoll plagiarized is not really of much interest to me.  Plagiarism is certainly a serious matter, but I can imagine how Driscoll may have been sloppy with his citations.  I leave it for others to decide.

What I do find troubling is how silent the so-called Neo-Reformed community has been up to this point. The quick and incisive commentary of Carl Trueman is a breath of fresh air, but his is pretty much a lone voice.  Yes, there are others like the jolly gadflies at Pyromaniacs, but they are not really insiders like Trueman.  Like Driscoll, Trueman has written for Crossway.   Trueman is also friends with several of the Neo-Reformed and even speaks at some of the same conferences.  Those relationships however, did not hinder Trueman from saying what he labels “the celebritydrome of the evangelical subculture.”  Trueman cited Driscoll as a “classic case in point.”

It is a sign of health not disloyalty when friends within the same institutions are willing to challenge one another.  All of us need accountability and history demonstrates that leaders typically get the least amount.  We are wise to remember the words of Isaiah: “Stop regarding man whose breath is in his nostrils, for why should he be esteemed?”