I am currently reading through this terrific book with our youngest son, Chris, who is on a summer missions trip in the Dominican Republic.  Courtesy of Skype, we were able to talk through the first two chapters this past Sunday.

One excerpt for your reading pleasure:

“On one occasion a widow put into her husband’s coffin two cans of the spray adhesive that the dead man had used to paste on his toupee, causing an explosion that bent the furnace door.”

I have not heard this particular argument against homosexual marriage, but it makes a lot of sense.  And if you think that N.T. Wright is some conservative firebrand, he is hardly in that category. When it comes to churches, I used to believe bigness was neutral.  Big churches can be loving, small ones can be unloving.  I’m not so sure anymore.  Not about big churches being loving and small ones being unloving, but about bigness being neutral.

One thing bigness does is what smallness almost never does: makes one think they must have everything right.  Otherwise, why are so many following us?

American evangelicalism is sadly littered with examples of charismatic personalities with little accountability and the attendant belief that they are simply “too big to fail.”

This first picture is of Tony Lane who teaches at London School of Theology.  Later this summer, I will be interviewing Tony on his terrific book, Exploring Christian Doctrine.  The second is my dear friend, Dr. Dave McCoy, and yours truly.  So what do you think about the comparison? 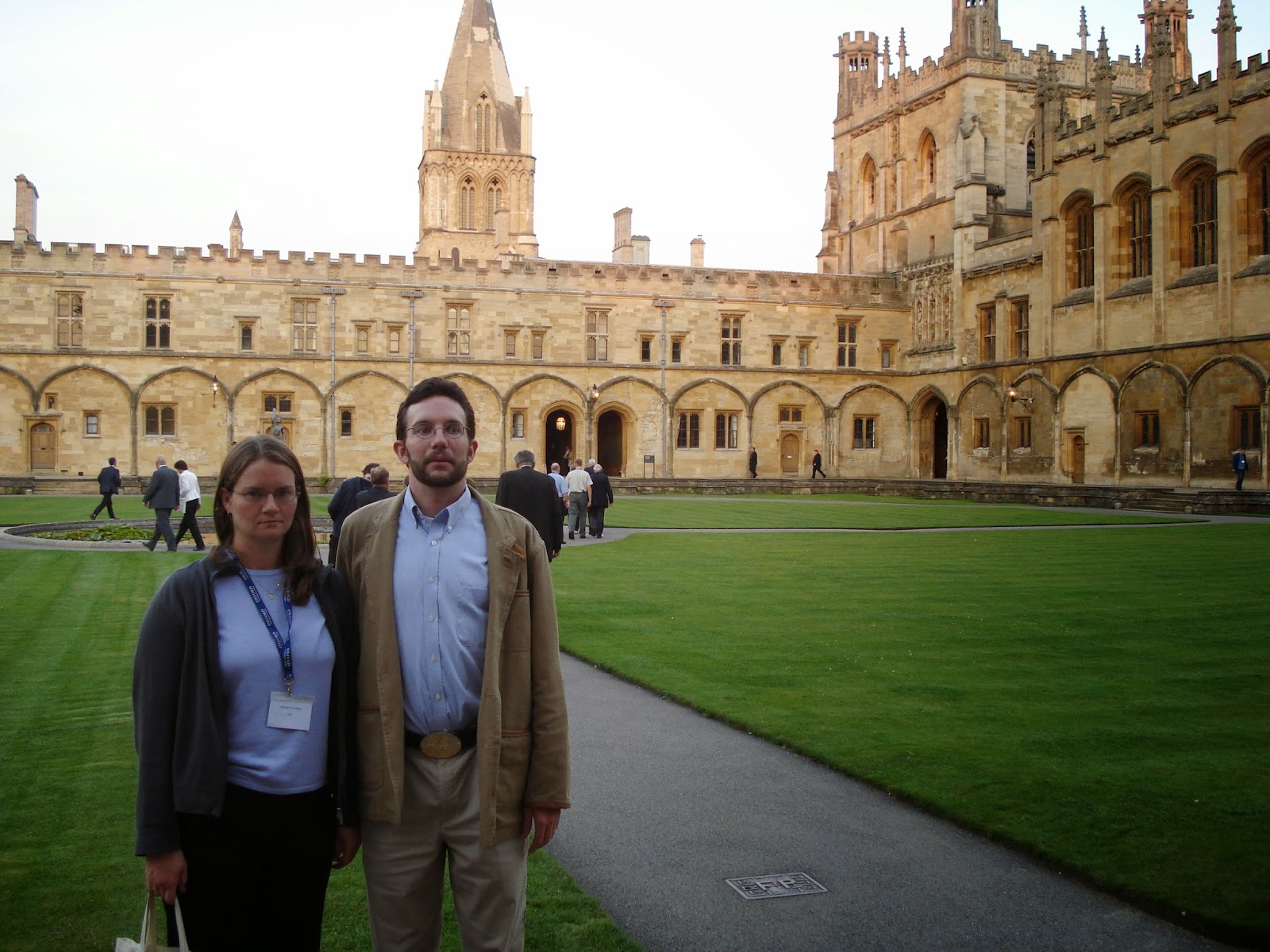 Our dear friends, Dr. and Dr. Scholl (ancient historian on left and medieval historian on right) visited this past weekend.  We went to Christ Church here in Austin.  Several of my wife’s students encouraged us to visit sometime.  Going with John and LIndsey seemed like the thing to do.

Here are Lindsey’s reflections on the visit:

Think of a high level leader who has spoken tough, but necessary truths within their own organization.  It could be a company, Christian denomination, or parachurch ministry.  Most will have a tough time coming up with a name.  For those who can, now think of a person who offered a courageous critique, and still remains part of the organization.  And they have not been punished, but are openly honored for doing so.  Pretty rough coming up with that name, eh?

Human nature, being the way it is, loves to critique those on the outside. Lambasting those who are not part of our own deal is pretty easy to do.  It actually does not cost much.  In fact, it may end up giving you advancement within your own organization.

Unfortunately, loyalty to a group can many times become disloyalty to God.   You believe so much in the values and vision of your organization that those who have questions, or worse still, a thoughtful alternative, are classified as having a  “critical spirit.” Granted, there will always be immature people who want to earn a reputation as gadflies.  They revel in playing the “shock jock” role. This is why I said those offering a “thoughtful alternative.”  These are mature folks who don’t love confrontation, but are willing to do the right thing even when it is costly.

Do not assume I am talking about a particular person.  However, you would be correct to assume that this post applies to loads of people…perhaps even you!

I have seen many people who failed to have the nerve to say what needed to be said.  Sadly, that includes many in leadership positions.  They had a title which dubbed them a “leader,” but they were far from being a true leader.  Fearing man, as the Proverbs make clear, causes one to fall into a very painful trap.

Too many speculate how the consequences may possibly go before determining whether they will do the right thing.  Like a horse in a violent snowstorm, we must keep our eyes fixed on one thing: the right course of action.  Let God deal with the consequences.