According to the Haggadah (the book which gives the order of the Passover seder), the four most beautiful women (character and physical looks) were: Sarah, Esther, Abigail, and Rahab.  Interesting to see who is here and who is omitted.

Apart from the euphemism for divorce, my wife had an interesting insight.  The word couple, though used by many of us Christians, is not a great word for depicting marriage. Sure, we are still two persons coming together, but Christians hold to the union of one flesh.  The word couple focuses too much to two distinct persons. The year is 1939.  Incoming freshmen at Princeton are asked to rank the “greatest living person.”  Einstein comes in second and Hitler is listed first!

I started watching CNN a few years back and thought their coverage was pretty “fair and balanced.”  It was a good respite from the hard left and hard right of MSNBC and Fox.

However, the constant coverage of the Malaysian airliner has caused me to bid CNN adieu.

Barnacles are sticky crustaceans which collect and attach themselves underneath a boat.  If one wants their boat to maintain its integrity, one has to do the regular and difficult job of scraping barnacles.

Yesterday, I watched Peter Rollins describe his understanding of the Christian faith.  Sadly, he loves to scrape and scrape so what was left hardly looked like Christianity.  Frankly, his presentation bordered on incoherence.

Irony and mystery so dominated Rollins’ talk that you were left wondering what he really believes.  In fact, Rollins admitted not being interested so much in what people believe, but why they believe it.  Clearly, he falls prey to a tragic dichotomy as both the what and why of belief are important.  This young scraper offered a few good and necessary push backs on the hubris of some Christians.  Unfortunately, in the process of exposing some of these silly notions he seemed more than willing to discard some of the core doctrines of the Christian faith.

So by all means have the courage to flip over your boat and scrape the barnacles.  Make sure you remember there is a huge difference between a boat and a barnacle.  Confusing barnacles for boats, or boats for barnacles, will eventually get you an untrustworthy boat. 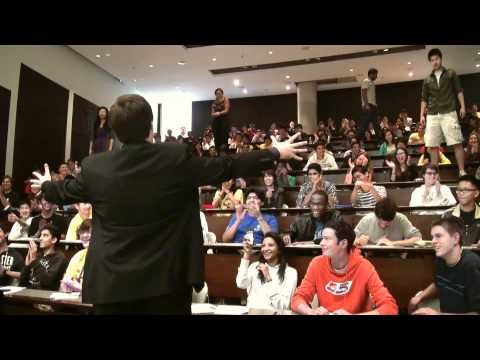 Insightful and important review of movie: