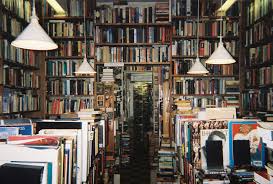 Do you also feel books are mocking you?!

How a Puritan Got My Wife Pregnant

Your Passion for Passion is Wearing Me Out

In her endlessly fascinating book, Carolyn Weber writes about the various questions she hurled at a fellow student.  She then observes:

I now understand why the words conversation and conversion are evocative of each other, turning toward each other, yet separated merely by where you are “at.”

This introduces a series on reading.  Among other things, I will share a picture of one of my favorite places to read.  In no clear order, one of my favorite places is The New York Public Library in the very room you see before you. I have read there on various occasions.  I still fondly recall the elderly woman taking copious notes from an art history book.  Wonderful! 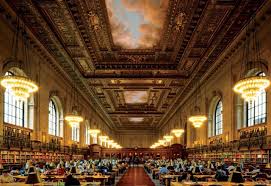 My own reading is summarized by the acrostic GROWTH.

G: Greats which right now is a reread of The Taming of the Shrew by Mr. Shakespeare.  And I did not start reading Shakespeare until my early forties.  There is hope for anyone!

R: Reviews I need to write or books for upcoming interviews.  I have already read many terrific things for my show, “Moore Engaging,” and will be sharing those in the months ahead.

O: Other reading that doesn’t neatly fit in the five main categories.  It is only as time permits which is rare!  These kinds of books might find their way on vacation…which has also been rare these past several years.

W: Word of God.  Commentaries and any book which helps me know the Bible better.  And yes, I like to read commentaries cover to cover like real books.

T: Teaching preparation which can be just about anything.

H: History which I am regularly reading.

A wonderful word and we will allow Jason Allen to go beyond our usually short and punchier posts.

When it comes to writing history, Robert Caro is a giant among men.  This past year, Caro released the fourth installment of his projected five-volume biography of the 36th president of the United States, Lyndon Baines Johnson. Caro has devoted nearly 40 years researching and writing The Years of Lyndon Johnson, and he does not appear to be letting up anytime soon.  Caro’s life ambition crystallized in his mid-thirties – to write the definitive biography of LBJ, a biography that would truly stand the test of time.  This goal has propelled Caro vocationally throughout the lion’s share of his life and now sustains him into his sunset years.

Caro’s The Years of Lyndon Johnson has served to percolate increased interest in the 36th president and to position its author as an internationally recognized biographer.  Yet, as interesting as Caro’s ever expanding biography of Johnson is, a public intrigue with Caro himself has also piqued.  Indeed, Caro is a fascinating figure; we might even say a cultural icon.

Caro is eccentrically devoted to his life’s work. His lifestyle and work ethic resemble a 21st century sweatshop, albeit civilized.  For decades he has slavishly worked seven days a week, rarely breaking his routine even for holidays.  He enjoys no professional help, no research assistant or transcriptionist.  Caro foregoes modern conveniences such as a personal computer, preferring to draft his manuscript in longhand.  He dresses in a suit every day, only to work in solitude in his Manhattan office.  Caro’s office is a Byzantine gamut, littered with copious notes, stacked files, marked books, and walls covered with charts and graphs.  Eyewitnesses testify that Caro’s work environment more resembles a war room than a writing den.

Caro’s life-long effort to unearth Johnson’s life in pedantic detail is impressive enough, but not altogether satisfying for the accomplished author.  Rather, Caro aspires to know the mind and heart of Johnson; not merely Johnson’s actions, but what propelled his actions.  Thus, Caro has coupled with his assiduous research a practice of imbibing Johnson’s way of life.  Over the years, Caro has relocated his family in order to spend extensive time in Texas, Washington and even Vietnam.  All of this has been in an effort to feel what Johnson felt, see what he saw, and know what he knew. Herein lies Caro’s genius.  He is driven by a desire not merely to master the facts of Johnson’s life, but to know the very essence of the man.

As followers of Christ, perhaps we can learn something about discipleship from Robert Caro.  When we weigh Caro’s devotion to Johnson in the scales of our pursuit of Christ, we may be found wanting.  Caro has settled for nothing less than a deep and personal knowledge of his subject, LBJ.  Too many Christians settle for a superficial knowledge of Christ that fosters a superficial commitment to Him.

But, we need not look to Caro to be chastened. We can simply look to the Apostle Paul, who aspired to know Jesus, writing, “I count all things to be loss in view of the surpassing value of knowing Christ Jesus my Lord… that I may know him and the power of His resurrection and the fellowship of His sufferings, being conformed to His death” (Phil 3:8,10).

Our eccentric commitment may never be classified alongside Robert Caro’s in the world’s eyes, but knowing Jesus – and laboring to make him known – will prove unmatched in personal benefit and eternal consequence.

Allen’s post carries the title, “Robert Caro & the Pursuit of Knowing Christ.”
I changed the title to make sure more would read his terrific piece and not lose interest when they immediately saw a name which was unfamiliar.  Most know who LBJ is, few know of Caro…though the latter is a pretty remarkable fella!

The imagery mentioned in Ps. 119:83 is quite interesting.

“Though I have become like a wineskin in the smoke, I do not forget God’s teachings.”

I dug around a bit as I was baffled by the picture the Psalmist paints.  It turns out that ancient people hung a wineskin inside a tent to absorb the smoke from the fire.  As you can imagine, this kind of use led to the wineskin becoming dry, brittle, and of little use.  This is the raw emotion of an honest believer who clings to God even when it seems insane.

If you presently feel this way, know that you are in very good company.

Several of you voiced that there is much more to be said on the “What Coffee Taught Me About Homosexuality.”  I agree and will be doing more posts as the year unfolds.

I specifically chose to write shorter, punchier posts because I wanted all kinds of people, not just those predisposed to reading lengthy posts, to feel they could be involved in the conversation.

And this word count is less than one hundred!

In no particular order, here are some reasons:

People said I should.

Even though I have written three books and several articles, I have loads of material which is better suited for the provisional nature of blogging.

Related to the previous reason is that blogging is a great place to test out your ideas.

You get multiple perspectives which help sharpen your convictions while also exposing errors in your judgment.

I gave up Twitter a long time ago due to my frustration over receiving spam, best recommendations on pizza restaurants, and a daily deluge of silly sound bites.

My gratitude goes out to Blake Freeburg, Terry Cokenour, and Kent Major who made this blog a reality.

A few days ago I was in Boston enjoying the evening with a dear friend on the very street where the two explosions went off.

Another graphic reminder that we indeed live east of Eden.

May God display His mercy and truth in tangible ways through the various caregivers in the area!

Welcome!  Feel free to noodle around.  I truly want this to be a resource which provides encouragement, spurs deeper thought, and gives fresh fuel for loving engagement in this wild and wonderful world of ours.

The vast majority of posts will be short and there shall be at least one new entry (but never more than three) on most days of the week.